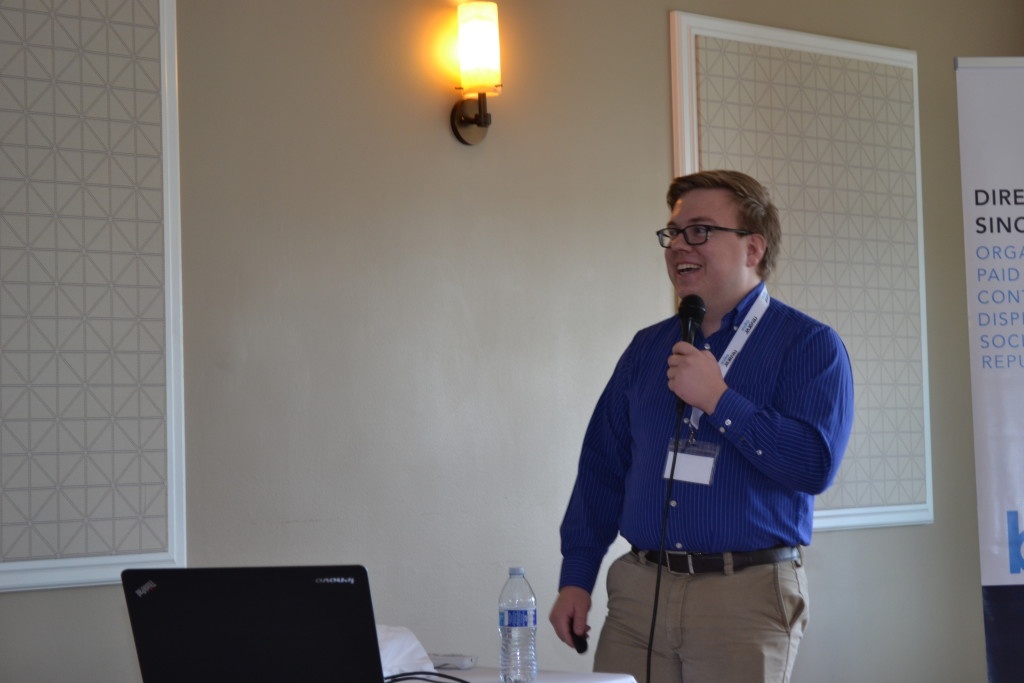 Site Speed 101: How to Get Your Site to Load in 1 Second or Less

Dustin Nay from Eighty and Eight was the final speaker in the Big Leap room breakout session.  He quickly warned us that he is an enormous fan of memes and that his slidedeck would be littered with them...little did we know.
According to a
post on the Google Analytics blog
, the average site speed globally is 6.2 seconds on Desktop and 10.2 seconds on Mobile.  In the same blog post Google Recommends that your site load in 1 second on all devices.  Dustin outline three reasons that site speed is crucial for:

Dustin showed us several examples of how site speed boosts conversion.  Among the notable examples, Amazon saw a 1% drop in conversion for every 100ms in website load time and conversions on Walmart.com doubled when they increased the site speed from 3 seconds to 1 second.

Site speed has also become a noticeable conversation in recent years as the industry discusses its impact as a ranking factor within Google’s ranking algorithm.  Google has stated that its emphasis will likely increase over time as the top results deliver a higher level of performance for Google’s users.
All of these reasons mean money.
Dustin then outlined several ways for beginners and advanced users alike to make sure their websites are achieving optimal load times.

Why is image compression so important?   Automated tools can save you 15-30% in file size.  Manual tools can usually save you 50-80% which can translate into SECONDS off your website load time. 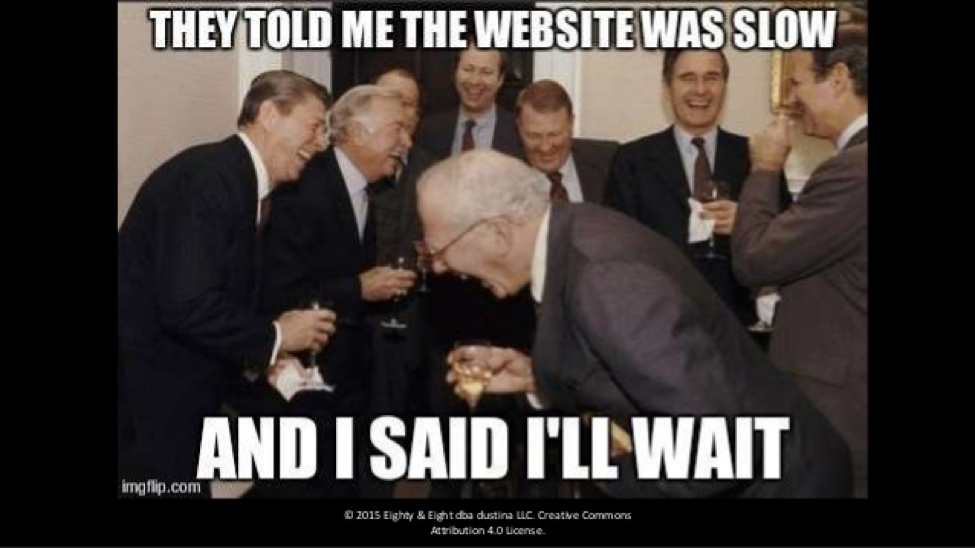 Combine and Minify all the code

Optimize how a page renders.  Things to look at include:

Here is a link to
Dustin’s slide deck
if you desire to see the full layout of memes that he used or reference other resources that he talked about.