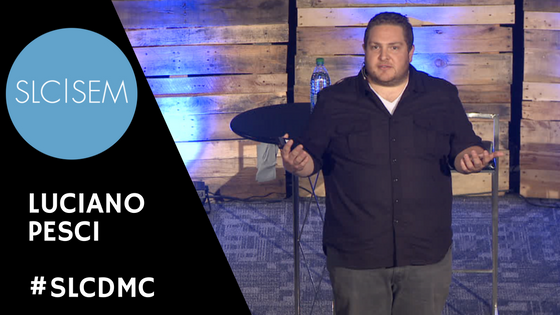 
Luciano Pesci is the CEO and founder of Emperitas, a local research and data analytics, firm. He also teaches probability and statistics and economics classes on why businesses fail at the University of Utah where he is also a PhD candidate. Luciano is one smart guy and he knows what he’s talking about when it comes to data. 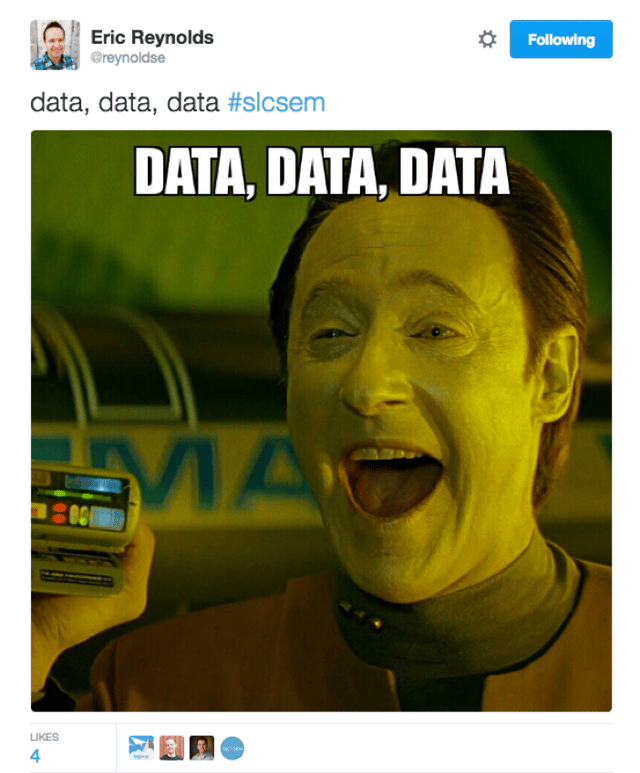 To kick things off Luciano talked about the value of data and its role in a business and it’s ability to assist in storytelling. Pesci stated, “Data doesn’t actually prove anything. Data is a competitive decider and should complement your gut intuition.” He also stated that data analysis is the next mandatory skill. Later, Luciano talked about how too much of the data we use as marketers is too difficult to understand because it has never been easier to generate or collect data than it is today. To combat this, his team at Emperitas follows a rule that you can use data to explain something to an 8 year-old, or it is not worth doing. Awesome!

Next, Luciano dug into a study that his team did in evaluating the famed YouTube channel, Epic Rap Battles of History. ERB is one of the most successful YouTube channels of all time with 13.5 million subscribers, 64 episodes, and over 3 billion views and Luciano and his team wanted a better understanding of ERB’s success and if they are living up to their brand promise.

To dig into this Emperitas used the YouTube Data KPI to get their hands on public data about the channel’s performance. Because they didn’t have access to the proprietary data, Luciano’s team needed to get creative in finding new ways to tell ERB’s story. This meant that Emperitas created new variables from their limited data set to expand their understanding. 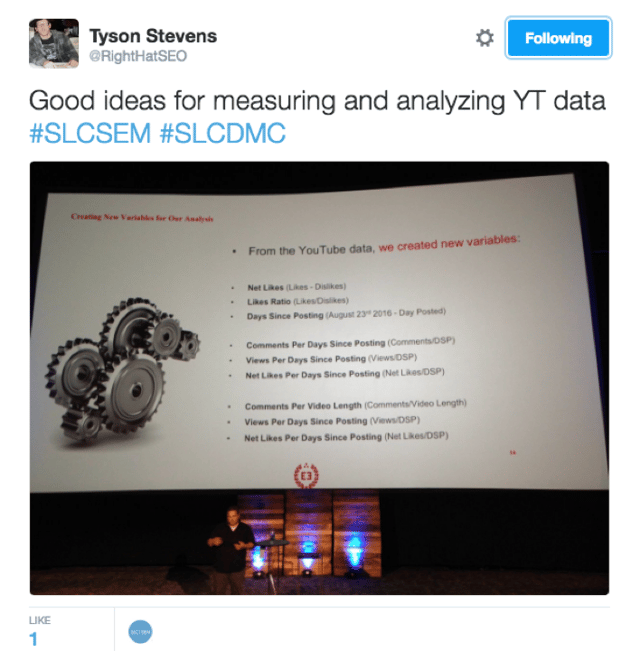 As part of their analysis, Emperitas ran ERB’s channel through natural language processing and identified the role that profanity in the different videos. Additionally they analyzed the role of the challenger’s gender and whether or not they were real or fictional. Last and most important they evaluated the impact of time since the video had been posted. At first glance it may look like

In the end, Luciano and his team were able to come away with some fascinating data sets once they dumped the data into a tool like Tableau.  Moreover, Luciano was able to tell a story about ERB using data. He and his team could pinpoint important metrics that highlight the success of the channel, its videos, and the challengers who participated.

Watch the full session, below.